How to Make Gold on Burning Crusade WoW Private Servers

Making gold on a Burning Crusade private server can either be easy or hard depending on the server and type. Some wow private servers have shops where you can buy gold or get vote points to exchange for gold, some are Blizzlike meaning that the drop rates and leveling are the same or similar to retail.

This guide was originally published on Elitist Jerks in 2007 by a Gnome Mage named Dollar. Sadly Elitist Jerks is no longer available and the guide has been preserved in it’s original form here (with minor editing). 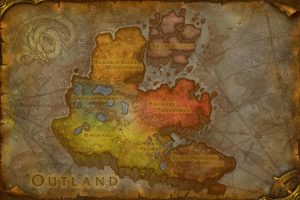 Whether or not you farm can vary with the class you play. The person who I am having this contest with is a resto druid and thus doesn’t farm at all but is still up to about 15k gold. For dps classes it can be more profitable to farm then do dailies if you can concentrate and farm the right things. A couple notes on farming:

Depending on how crowded these spots are (it all really comes down to that) I can usually make anywhere from 80g (when I have to farm humanoids) to 200g (When I get Throne of Elements to myself) an hour. The key is to not lose focus. 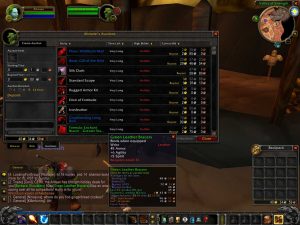 The name of the game here is to buy low, sell high. Instead of spending an hour on dailies, I spend an hour combing the auction house looking for things that are a fair bit cheaper then the average. You really need to have a feel for what things actually cost for this to work. You need to be looking through the Auction House every day and know what is worth what. This section is kind of general and kind of has to be as I can’t really go over the prices of every item for every server. I can provide a couple universal tips though:

If you are out to make gold, there are certain professions that are just better then others. Jewelcrafting is an absolute gold mine. I don’t really have any experience with anything else besides mining. If you have mining and have the patience to mine constantly instead of just farming primals you will probably make more money. If you plan to mine a lot I recommend this addon:

It will let you set up routes between mineral nodes in a zone. So spend a few hours finding every node in a zone, set up the addon and then all you have to do is point yourself in the direction of the arrow and it pretty much trivializes mining. If anybody else has any experience with other professions please feel free to share. I’d imagine that alchemy can be profitable as well but, I don’t really actually know.

Since I do know about Jewelcrafting, I’ll share. Basically what you want to do is get one or maybe two good cuts for each kind of gem (except Talasite, pretty much all Talasites suck and don’t sell well at all). Most all Noble Topaz cuts are good, Most all Living Ruby cuts are good. Glowing Nightseye and Royal Nightseye seem to sell the best on my server but it fluctuates between realms, obviously. The only good elune gem is Solid Star but it is quite good. Dawnstones all together usually don’t sell great but the Great Dawnstone, Rigid Dawnstone and Smooth Dawnstone are probably the best. As I said before Talasites are pretty worthless and I wouldn’t waste any money on their patterns if you want to make money. I am not going to talk about the epic gems as for one I don’t have any and for two, at least all the guilds on my server, people are generally using the better ones for their gear and not selling them.

After you have your Jewelcrafting leveled up to 350 (that’s all you need for blue gem cuts, nothing past that is really worth leveling up for except the epic cuts) and you have your cuts it is extremely easy to make money. All you need to really do is buy the uncut gems off the Auction House, recut them and sell. Adamanatite ore can be profitable to buy and prospect usually have it is under 25g a stack. I usually have anywhere from 1-2k gold on the Auction House at a time. It is honestly the easiest way to make money with no effort involved all besides leveling it up that I can think of. I have almost 7k gold, my epic flying mount and I never do anything to make money except for this unless I am bored. It would be awesome if someone could comment on other professions so I could implement them into this post.

More Ways to Farm Gold in the Burning Crusades

There are other ways of making money then manipulation the Auction House, professions and farming. Mainly dailies. Dailies are great if you want to have a steady income of gold with low effort. They are mind numbingly boring after doing them every day for months so I usually just do banish the demons for the darkrune. The darkrune event can be an excellent source of extra money if you can complete it. I regularly do the darkrunes for 3 people in my guild (they give me half of the money of the whatever they sell the item for) and myself. For the blues you can usually get 100g-200g every time you do them. When you get the epics or the badge of tenacity you can get 500g-1000g per item, which is great for 30 minutes in a fun event. I would definitely recommend trying to learn the event and complete it.

Also there is the obvious stuff like looting everything and stuff. NEVER vendor things like netherweave or Marks of Sar’geras or even Light Feathers as you will make more money if you spend 30 seconds putting it up on the Auction House.

External Resources for Farming and Making Gold in TBC 2.4.3

Thank you for the guide!

You can make alot of gold with http://www.wowhead.com/item=23821/zapthrottle-mote-extractor as an engineer

Will this still be valid for the new Warmane TBC Outland server? It’s rates will be x5, to be launched in 2 weeks in case you haven’t checked.

As SiooL mentioned, using the mote extractor as an engineer is an amazing way to make a lot of gold fast. On a quiet night, I can farm about a stack of primals per hour. The motes are extracted from gas clouds in various locations in Outland. Clouds in Zangermarsh supply motes of water. Those in Nagrand have motes of air. Shadowmoon Valley has motes of shadow, and Netherstorm has motes of mana. The clouds spawn in the same locations from what I’ve seen, and you will quickly learn the most efficient paths to take for each type of mote after a little bit of flying around. NOTE: This farming method is useless if you don’t have an epic flying mount. You’re better off farming mobs for the primals if that’s the case because it just takes way too long flying or running at 60 or 100% speed around the map. One more thing about the paths for these. The way I learned the spawn locations and what circuits to fly was by finding other people farming and simply following them :D.

Another good way to make gold if you don’t have mining or jewelcrafting like the guide mentioned is by skinning. Cobra scales and Thick Clefthoof leather go for a lot of gold on the auction house. They are both needed to craft the epic leg armor enchants that tanks and melee dps/hunters use. In addition, they are used for high end armor crafting. The cobra scales can be farmed from Coliskar Cobras or Shadow Serpents in Shadowmoon Valley. For the thick clefthoof leathers, I like to farm the Clefthoof Bulls in Nagrand. They have a higher drop rate than the regular Clefthoofs (although they can be a bit annoying to kill if you’re undergeared) and there are a lot of them. Thick clefthoof leathers are also used to make drums of battle, which almost all serious raiding guilds use and look to maintain a high supply of.

The last way to make gold that I wanna mention is by farming Scholomance, the vanilla lvl 55+ dungeon in Western Plaguelands. To make this farm most effective, you need to have a toon with high enough enchanting to be able to disenchant level 50+ blues and greens (I wanna say its around 200 enchanting but don’t quote me on that). What you do is enter the dungeon, fight your way into the Chamber of summoning, and make your way to the fork (the room before the Great Ossuary where all the drakelings are. Kill all the mobs on your way to this point. Basically upon entering the dungeon, go straight, kill the skeletal guards. Open the gates in front of you, take a left then go down the stairs. Go through the doorway after killing the mobs by the door, and take another left. You’ll come to a big room with something like 5-6 packs of mobs. Clear this room and continue forward. You will enter another room with even more packs of mobs, some packs containing spectrals. Once this last room is cleared, run out, reset, rinse and repeat. The main thing you are farming here are Dark Runes. When used, Dark Runes restore mana at the cost of health. These are used by serious raiders at end game and sell of a descent chunk of change. If rng is on your side, you can farm a stack of 20 of these in an hour. While farming Dark Runes, you will inevitably pickup a lot of rune cloth and many BOE greens and blues. The cloth you can sell directly on the AH or make into bolts and sell. With regards to the BOE’s, you should definitely disenchant them and sell the enchanting mats. High level vanilla enchanting mats go for a lot since not many take the time to farm them. You will get a lot of blue BOE’s doing this farm. The large brilliant shards which these disenchant into are used to make Brilliant Wizard Oils and Brilliant Mana Oil weapon coatings. Again, these are two things that most serious raiders use. I use the Brilliant Mana Oil personally on my elemental shaman and I like to keep a large supply in the bank. Something worth mentioning: A key is required to enter Scholomance. The quest takes a bit of time due to travel, but is easily soloable at 70.

Well that’s it! These are three of the main ways I make gold on TBC private servers. I am currently playing on Excalibur WoW and these methods have helped me a lot. Currently i’m sitting at around 30,000 gold between my three toons. The very last thing I wanna recommend is to get the Auctioneer addon. It allows you to scan the AH, create mass auctions for identical items, and preset your undercut percentages so you don’t even have to think about it. This is a huge time saver for me.