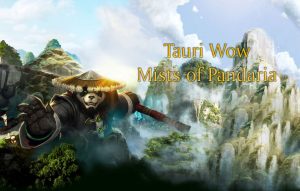 We are happy to announce that TauriWoW will launch S14 (Grievous) on the 26th of June. The current, Tyrannical season will close on the 19th, so if you have any unfinished business, you can still take care of it. The “off-season” week will see the launch of the experimental 3v3 solo-queue feature, which will be accessible through an NPC on Warriors of Darkness (the highrate PvP realm) and through a command on the other two realms (Tauri and Evermoon).

If you do not have a character yet, and would like to try the server, you will now be able to do so without significant time investment, too. Starting on the 19th of June, lasting until 12th of September (almost three full months), every account will receive 4 free character boosts to use on Warriors of Darkness. The free boosts will not expire if you don’t use them before the promotion ends, but accounts registered after the event is over will not receive the free boosts. Lvl 90 boosts will function as they did on retail in Mists of Pandaria – the character receives 483 greens, and if above lvl 60, profession boosts. (On the highrate realm, there are/will also be profession vendors, soon to be reworked significantly to make things easier for players).
After the promotion is over, boosts will be made available on the store for a currently unknown price (they will be significantly cheaper on WoD than the other two realms).

We hope that many of you join us on this adventure, and those of you already playing here will continue to enjoy the time you spend on Tauri.