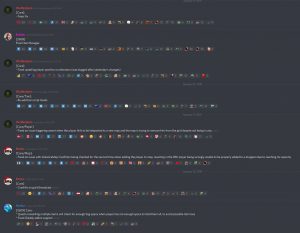 Since the realm launched on January 4th of this year, the Netherwing realm has been plagued with constant crashes and stability issues. The development team has been working tirelessly since then to address the issues.

Two days ago the Atlantiss team reached out to the team from Tauri WoW for help. The Tauri team have three active realms and some of the best scripting online for MoP. Together they’ve been able to find and address many issues overall making the core much more stable recently reaching an uptime of 8 hours and have also increased the view distance on the realm.

Pegla 01/12 at 5:42 AM
@everyone last night, with the help of Tauri devs, we managed to make big progress stability wise and make core fixes and changes. We are now at an 8h uptime mark and it keeps rising. Due to these large core changes we have introduced some new bugs that haven’t been seen before and Emtec is fixing some of them as we speak while Wolfenstein will take care of others. We are still monitoring the server performance for any new issue and crashes. We are not finished yet! Thank you!

Despite the crashes the majority of players have stayed loyal and continue to play and offer encouragement to the teams.

The core issues causing the crash have now been fixed.

Dear Community,
As you can see by the increased uptime, we have managed to resolve the main issue behind the crashes and stability should be much better from now on.
As the Administrators, the responsibility of fixing the problem was on me and Emtec. It was an incredibly stressful period of time for us, as for 7 days we worked for over 16 hours a day on solving the issue. We barely slept, we barely ate and we pretty much didn’t leave our PCs apart from getting some refreshments or at least some glimpses of rest, but in the end, we emerged victorious.
This would not be possible without many people and we would like to thank all of them for their help, starting with the Netherwing Team first. Everyone came together and continued to perform their duties even if they weren’t always fully informed about what’s going on.
We would also like to thank other developers who offered their help in this time of need, mainly the Tauri team (Higi, Lightguard, Chris) and Namreeb. They didn’t have to, yet they spent days of their time helping us solve the problems. They are incredible people and words cannot express how thankful we are for their support. Collaborations in the private server scene happen very rarely, so we’re really happy that it happened on Netherwing, especially in such a troubling time. We’re certain that our paths will cross again in the future, hopefully in much better circumstances.

Additional thanks also go to Whitekidney and Bladez from Light’s Hope, for a few tips about potential cause of this and other issues. Thank you.
Obviously the server would not exist without You – the players. Despite the issues and crashes every half an hour you kept logging in, you kept playing, you kept testing, which was incredibly important in helping us fix the problem. We received many messages of support and we knew that you kept believing in us. We hope that with those issues resolved you will finally be able to enjoy years of our work put into this project and help us make this server truly special.
Thank You from the bottom of our hearts.