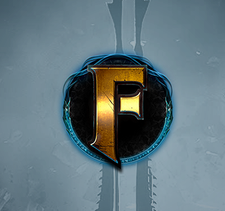 Let’s start by doing a little recap: Oribos, our Shadowlands realm has been released for 3 weeks now, and things have been looking great. We’ve continued to apply fixes and script things ever since the 20th of December, but nothing major has been hindering player’s experience so far.

This time has been valuable to us, as we didn’t want to release the major content (Mythic+, rated PVP and the raid) without making sure it would be in the best possible state while at the same time not making wait too much. For the past weeks you’ve been able to experience the new leveling system, the Shadowlands questline, Torghast, dungeons and a lot of cool features. That being said we’re aware of the limits those have, and we can now safely add new content for your to enjoy !

On Monday January 17th 10:00AM Server Time, we’ll be starting the Season 1 of Shadowlands, which include the Mythic+ mode for dungeons, rated PVP, but also the release of the first wing of Castle Nathria in LFR, NM and HM difficulties alongside the weekly chest: The Great Vault.

On top of that, at the same time Boris will also be returning to our servers for a full week to offer a free boost to the max lvl (50 on Oribos) to get you started or help you get a new alt !

I play over 290 hrs on this server, PVP is all about who spend more real money for donated items. End game is all about $$$$ for end gear.

Quest campaign and release of content is very poor scripted and bugged most of the common in raid is combat bug which you stay combat after clear first trash and until you logout you can’t get out of it.
some mythic plus dungeon bosses have different mechanic compare to retail.
XP rate from 1-50 is around x10 times.
XP rate from 50-60 is around x6 times.
Server rules are such bullshit and make no sense don’t use hack or bot or anything to have advantage of other player, but they’re selling mythic raid gear for real money and that is no make any advantage toward free to play player at all….

Only 30% of server are English
70% Spanish and Russians and Chinese which is not speaking English in your term.

When you make ticket to report the bug it takes 12 days until game master reach to your post and tell you hey you wait 12 days now go to post this to our website, so we can review the bug in 3-4 month, or sometimes they tell you they can’t fix it and try to get use to it.