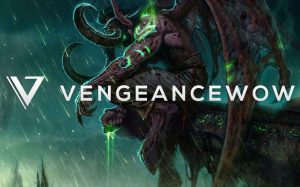 Hello everyone,
recently we talked to our guild-masters and we asked them what they would like to ease the life on Stonetalon. Here are our responses.

1. Release schedule
Answer: Right now there was a slight delay in initial BT release due to the trash mobs. MantisLord is working on it as we speak, at worst it should take one more week to finish. Next we plan to release next 3 bosses (Essences, Mother and Council) in January. Illidan will not be included due to his complexity, since we want to take our sweet time with the archnemesis of TBC. ZA will still be worked on in parallel throughout January. No ETAs, but a lot of nice progress is being made.

2. Development focus on SWP after ZA
Answer: We do plan to work on 2.4 content, but 2.4 is a bit of a mixed bag. It has a lot of features, which are not present in our/any TBC core there is out there right now. We already implemented one such feature – Multischool spells. 2.4 contains a lot of one-off special effects that are not present anywhere else in the expansion. We will definitely work on 2.4, but the transition from ZA to SWP is not as easy as BT to ZA.

3. Dropping support for ST after SS is released
Answer: ST was, is and always will be supported as long as its open. The C++ core will be the same as Stormspire. We already have a deployment procedure for PTR, which is slightly different, but in no way increases development time. As a result Stormspire fixes will always make it to ST and vice versa.

4. Crossfaction being enabled
Answer: We still want to opt in for instant-70 rather than crossfaction. Crossfaction runs with an advertisement penalty and labeling of a truly desperate server. Instant 70 is being worked on. Expect in 1-2 weeks. Tied into point 8.

5. QOL adjustments
Answer: We will drop attunement requirements effective immediately on next deployment.

6. Primal Nether BOE change
Answer: This is originally slated for patch 2.4 and we want to stay it that way for now. Maybe on Zul’Aman release we will reevaluate on this decision.

7. Hyjal JC pattern drop chance
Answer: This is a good one. We will increase drop chances to counter the low population.

8. Continued marketing of ST
Answer: We plan to make lots of videos. In each video we will want to promote Vengeance, that being the current Stonetalon realm, the existing PTR realm for testing and the upcoming StormSpire PTE realm. Nothing will change here, we will encourage people to try us out, since we are still to date the only PVE realm. Going forward we will market ST as a raiding focused realm. This is in line with us introducing the i70 feature. The i58 feature is not going anywhere, for those who want to level.

And a small note of what you can expect soon™. On next server deployment we are deploying Fanning. The next big feature after that is a refactor of Leashing, which should get rid of some inconsistencies and also enable us to do proper leashing in some scenarios like bossfights with more ease. We are also clearing a lot of our backlog, we recently revamped Attumen, Maiden of Virtue and Illhoof, as well as Underbog boss Swamplord Musel’ek. This trend will definitely continue going forward.