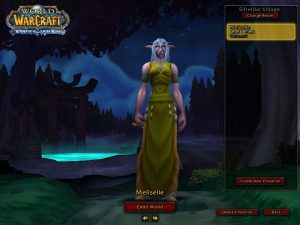 You’ve turned the tide against the demonic evils of Outland. Now the Lich King Arthas has set in motion events that will lead to the extinction of all life on Azeroth. With the undead legions of the Scourge threatening to sweep across the land, you must strike at the heart of the frozen abyss and end the Lich King’s reign of terror for all time.

Power your way through new quests and dungeons as you seize ever greater abilities. Assault the terrifying Wrath Gate, war in Wintergrasp, uncover the secrets of Dalaran reborn, and much more.

Rise as the Death Knight

Master the necromantic powers of the Death Knight — World of Warcraft’s first Hero Class. Create a new Death Knight character with a starting level of 55 and break the chains of the Lich King to forge your own destiny.

Discover the harsh, icy continent of Northrend, the bleak heart of the Lich King’s empire of undeath.

Lay Siege to your Enemies

Command mighty siege engines to bombard your enemies and lay waste to destructible buildings in your path.

Charge Your Enemies on Multi-Passenger Mounts

Let your friends call shotgun as you storm Azeroth on War Mammoths, the Mekgineers Chopper, and other multi-passenger mounts.

You get paired up with members of the other faction just for the dungeon.

It allows players to alter the appearance of their weapons and armor.

As happened in Retail, you can focus on what interests you most, whether you’re a person who loves quests and want to get the Loremaster, as if you are a pvp lover born and want to focus on the season of arena or do any kind of pvp (indoor, outdoor …). We consider it very important to complete the story of the characters, so those who are some achievement hunters will find here a perfect place to stay and accumulate the most achievements points possible or if you want, just explore the world. Of course, the PvE is one of the great qualities of WoW you’ll enjoy it being as Casual or Hardcore Raider. If you are someone who loves the thrill of patches strict progressively you have the option of these kinds of challenges on our progressive realm.

• Each raid will require the previous tier raid’s achievement.
• All Northrend Non-Heroic & 5-player heroic mode Dungeons is open, except: Trial of the Champion, The Forge of Souls, Pit of Saron and The Halls of Reflection.
• Bosses will always drop that raid’s correspondent emblems.

x1 Rates usually brings a more devoted crowd, so the player base tends to be more passionate about playing.

No pay to win

We accept donations in order to pay our host and we do have a shop where you can buy companions, mounts, bags and some other stuff that is not game breaking. We will never sell gear or gold.

Free Heirlooms make you level easier but with x1 so making it competitive.

Arena season 5 is active on launch.

Compete with other players on realm to achieve this legendary achievement.