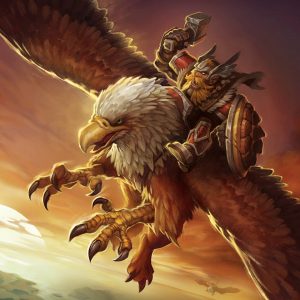 Experience the opening of Ahn’Qiraj, invade and conquer the Black Temple,

and stop the Lich King before he dominates the entire planet with the Scourge!

Plaguewood is a progressive server that emulates blizzard’s patching system, so you can enjoy all World of Warcraft content from Vanilla to WOTLK.

Our project started in 2016, since then we’ve been adapting and fixing all content.

We focused on perfecting our progression system with the help of many devs, GMs, beta testers… to be able to deliver the best possible experience for this final release.

Our patching system is complex, patches change automatically when time is up (they usually take 60 or 90 days to end), and when a new patch opens, new content is made available.

We have adapted expansions prior to WOTLK to make them fit with the 3.3.5a client mechanics and spells.

– Overall player damage, healing, absorbs and pet damage reduced by 20% in Vanilla, and 10% in TBC.

– All talents unlocked, meaning you can reach the last talent ability in a talent tree of your choice.

– Dungeon finder enabled starting at level 15, and works even after level 58 for classic dungeons during Vanilla.

– Old raids and bosses that have been removed from WOTLK client/server have been brought back (Vanilla Onyxia/Naxxramas, Lord Kazzak), without the need for client modifications. (The level 80 raids are restored once the server progresses to WOTLK)

– Raids also require custom attunements (achievements), that means that you need to obtain the achievement of the previous raid to be able to enter the next one.

Example: You need to complete Molten Core to be able to enter Blackwing Lair (this does not apply to raids from different expansions, for example, you don’t need Naxxramas attunement to get into Karazhan).

– Old quests have been made available for their respective patches.

– Arena Seasons are implemented in the same way they worked on blizzard (with titles and mounts). We’ve also added 2 custom arena seasons for Vanilla. Arena points flush happens every 3 days instead of 7, to compensate for shorter patch schedules.

– Custom PVP progression system while in Vanilla phase. We’ve put together all the items sold by Battleground vendors, rebalanced their costs, and made them require WSG/AB reputation on top of pvp currencies, based on item slot.

You’ll be able to purchase an upgrade every time you reach a new level of reputation with a faction (Friendly -> Honored -> Revered -> Exalted).

Both reputations will be required in order to obtain a full set, to encourage people to queue Battlegrounds. The best items (Epics) will also require Arena Rating and Points.

The items are grouped as follows:

These vendors can be found in Orgrimmar and Stormwind. There will be an NPC explaining in detail how this system works.

– Some Vanilla sets had their class requirements changed (for example, Warrior sets can be used by Paladins and Death Knights, so they can tank properly).

– WOTLK emblems are obtained depending on your personal progression (that means that if you never did Ulduar you can only obtain Emblems of Heroism from RDF and quests).

– Dual Spec is available in every expansion.

– Jewelcrafting is available in TBC.

– Inscription is available in WOTLK.

– Titles like “Champion of Naaru” have been enabled if players completed the required quests during their specific patches.

– Vanilla PvP titles have been added back.

– Some achievements are locked to their expansions (for example, if you complete Naxxramas on Vanilla you won’t receive the WOTLK achievements).

– Some spells were scaled to their current expansion (mostly raid boss spells, like Naxxramas bosses and Onyxia while in Vanilla).

– A “Necrotic Rune” system to encourage people to queue RDF. What we did is replace the Satchel of Helpful Goods (the level 55 version) with 2 Necrotic Runes as a reward for completing a dungeon, because some of the items it gave were superior to dungeon loot and that didn’t fit with our progression goals. They also drop from raid bosses, killing a boss will award each player with 1 rune. These runes can be used to purchase Dungeon 1 Set pieces from a vendor located in Orgrimmar and Stormwind. New items will be added to this system as the server progresses.

– Dungeon Progression System & Rare Spawn Encounter System. It’s a feature we’ve added that shows how many dungeon bosses and rare spawns you’ve killed. There will be a reward for the most dedicated players who manage to complete all of the dungeon encounters, as well as those who manage to find and kill every rare spawn in the world.

– Many quests fixed (for example, Quel’Serrar, Battle for Undercity and others that are mostly bugged on other servers, players are able to obtain Loremaster Achievements).

– Rewritten most of the PVE scripts (from Vanilla to WOTLK) that were also tested by players.

– Battlegrounds give Experience (by winning/losing or completing objectives).

– Implemented items/npcs/quests that are only available on certain patches of the progression system.

– Added boundaries to most of the raid bosses.

– Fixed many “Encounter in progress” issues with old raids.

– Fixed the way mining/herbalism nodes spawn to be more blizzlike.

– Fixed immunities of all bosses. (yes, this applies to dungeon bosses too)

– And many more fixes… check our changelog: https://plaguewood.com/index.php?option=changelog

– Blood Elves and Draenei available in every expansion.

– Death Knights available in every expansion. You’ll need a level 55 character before you can create a DK. They start at level 55 but will receive xp at a rate of 1.5x during Vanilla, 2x during TBC, and the same xp rate as every other class during WOTLK.

Patch Schedule (not set in stone):

– Server is not pay to win (we only sell mounts, companions, bags and cosmetics). We will never sell gear or gold.

– You can vote for our server.

– You can buy from our shop. (using votes or credits)

– We have an Armory.

– We have a ranking list with Top Killers, Top Achievers, Top Progression Players/Guilds, and Arena Seasons.

– Kill announcer, whenever a party defeats a boss.

– Realm firsts are visible on our page.

If you want to know more about the rates, go to this page:

If you still have questions, you can join our discord:

or just read our FAQ:

Do not forget to visit us: