Future of the Hades project 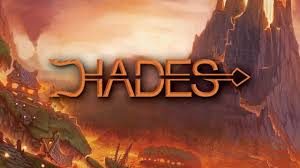 The WoW private server scene is an ever-changingenvironment. If a project wants to survive and evolve, it needs to be flexible and adapt to changes, even though can sometimes be hard to choose the correct path.

The TwinStar project has been active for more than adecade, but we are constantly learning, gaining experience to improve the game. Before the release of Hades, our Cataclysm team had only worked with the CZ/SK community. The influx of international players to Hades, and their style of play was new to us. That’s one of the reasons why Hades release wasn’t perfect when we released it initially. As time passed, we managed to build a more effective means of communication, and most importantly, gain your trust. We appreciate this trust and believe that you know we are doing all we can to satisfy your gaming needs. We want to work with you, our player community, as we move forward. Below are some scenarios for a future direction, but we don’t want to make this choice alone. You are the main reason why the TwinStar project exists. You are the heart of the project, and to decide something big without you would be more than silly.

So, what’s the current situation?

Because our project is home to players from around theworld, we must consider the global WoW private server scene. Those who are familiar with it know that other projects hosting the Cataclysm expansion are either at the end of the expansion (including Artemis and Hades), largely abandoned by players, or offer a quality that is not acceptable to those who are looking for a serious Cataclysm game experience.

That raises some questions: How to address that we are at the end of the expansion? As we have stated in earlier press releases, we plan to progress to MoP; are we able to progress to that expansion?

There are possible steps we can take to answer the sequestions. We have been already working on MoP for some time, but it’s still not ready for a publicly available PTR. To fill the time gap, we can launch a fresh international Cataclysm realm. To us, this presents an ideal solution, based on the experience we gained since we released Hades. We are much better prepared to do this than when we released Hades. Specifically, we learned how to work with the international community, and your feedback and bug reports have allowed us to solve many issues, which greatly improved the quality of the game, as well as how we are able to assist you within the game.

At this point it’s reasonable that we consider a possible merge of Artemis and Hades. If a merge is necessary, we would have to adjust rules and make sure that both communities have the same communication means.

We want your input on this issue. Would you like Artemis and Hades to be merged? Do you want a fresh release of a high-quality Cataclysm realm in 2019? Before we make any changes like this, we need to be sure that you are interested in this as well. Please let us know by voting in-game, which you can do after Monday’s update. If you wish to vote, you need to have a level 85 character either on Hades or on Artemis and vote via the following commands; which you write in the in-game chat: .merge, or .fresh, with parameters yes or no. You can vote for both questions only once per account. So, for example, “.merge yes” and “.fresh yes”.

We look forward to hearing from you,