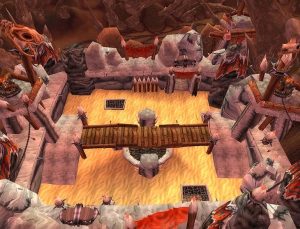 Dear members, we are happy to introduce our new PvP rewards!

We’ve added a bunch of new quests, allowing you to turn your Marks of Honor, obtained from Battlegrounds into Bloodcaller’s Death Medallion (Tier Tokens) and Daily Master Tokens.
(Keep in mind that farming Tier Tokens through Raids is still the main source to obtain Tier/PvE gear.)

You will also be able to redeem your PvP Tokens, obtained when a member of your group kills another player, for useful items.
The rewards and amounts given in return for PVP Tokens/Marks might be changed in the future.

We have also created a new vendor to provide you with the most Epic Transmogs, such as the mighty Frost Reaper, in exchange for Honor and Arena Points.  Arena points can be obtained by playing 2v2 or 3v3 Arenas.

We hope to see you on the battlefield, soldier!
https://unlimited-wow.com/