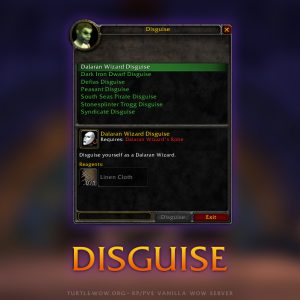 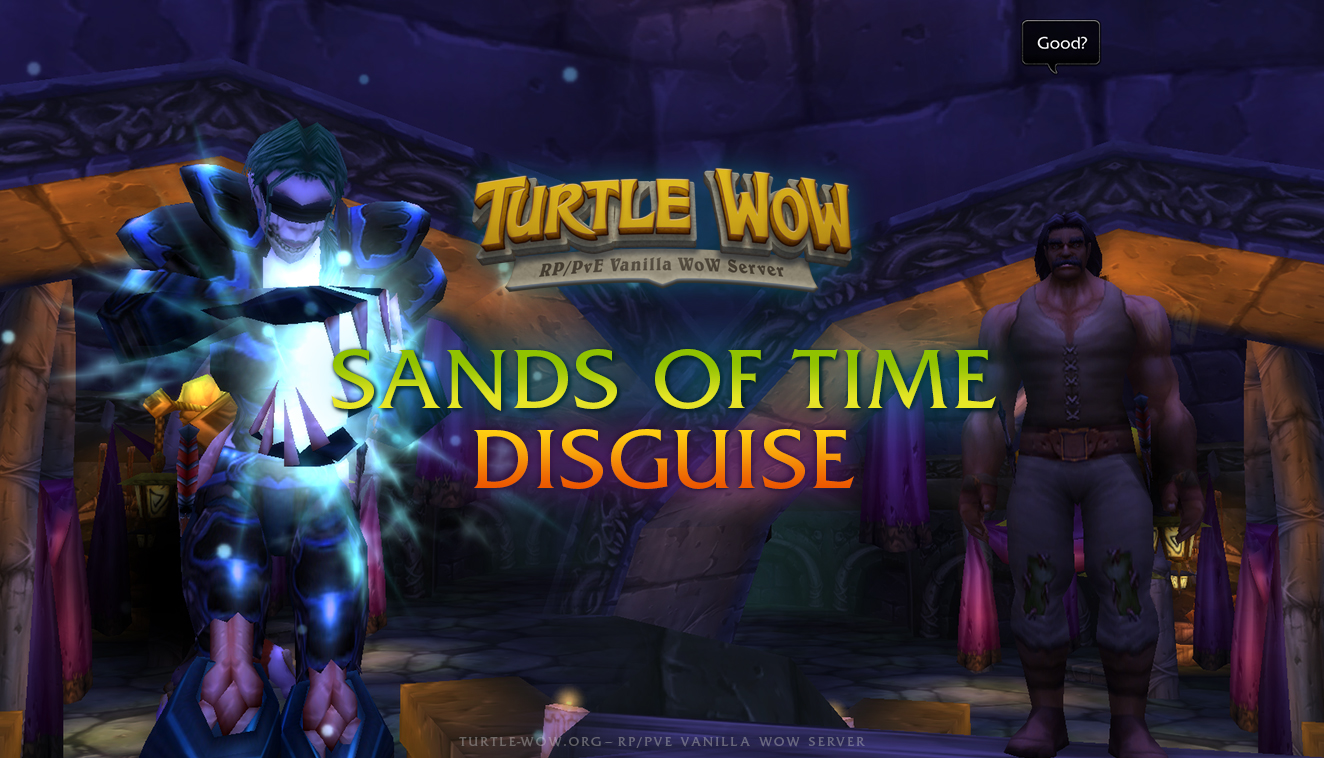 Continuing with the uniqueness of Turtle WoW, we have initiated a series of updates called Sands of Time, in which we plan to bring back to life cut content from the original game.

I have been using my shell to travel through the Sands of Time and I ended up in another timeline where Rogues were able to learn a skill called Disguise, which allowed them to carefully disguise themselves as other humanoids.

With my -almost- unlimited power, I have brought to our timeline this spell and some characters that will teach you how to use it. 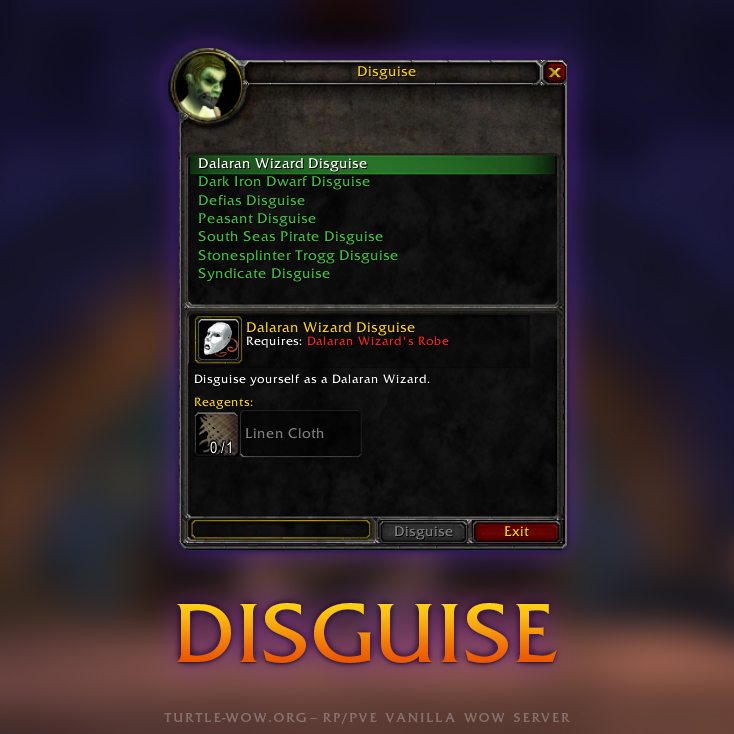 Starting at level 2, all rogues will be able to talk to their trainers located in the starter zones to get a quest that will lead them to learn the new skill of Disguise.

They will need to learn all of the available disguises from other characters located all around Azeroth. But don’t think it will be easy, after learning how to disguise as someone, they will need to gather the appropriate materials to do so.

These disguises are fragile, and any hostile action will reveal your identity.

Note: This skill is not custom (the way to obtain it, is), I have been doing a lot of research to bring back to life discarded / unused mechanics from early days of the game. More to come!