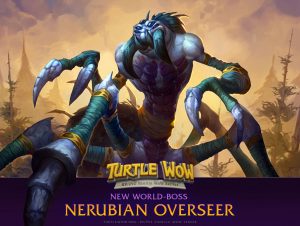 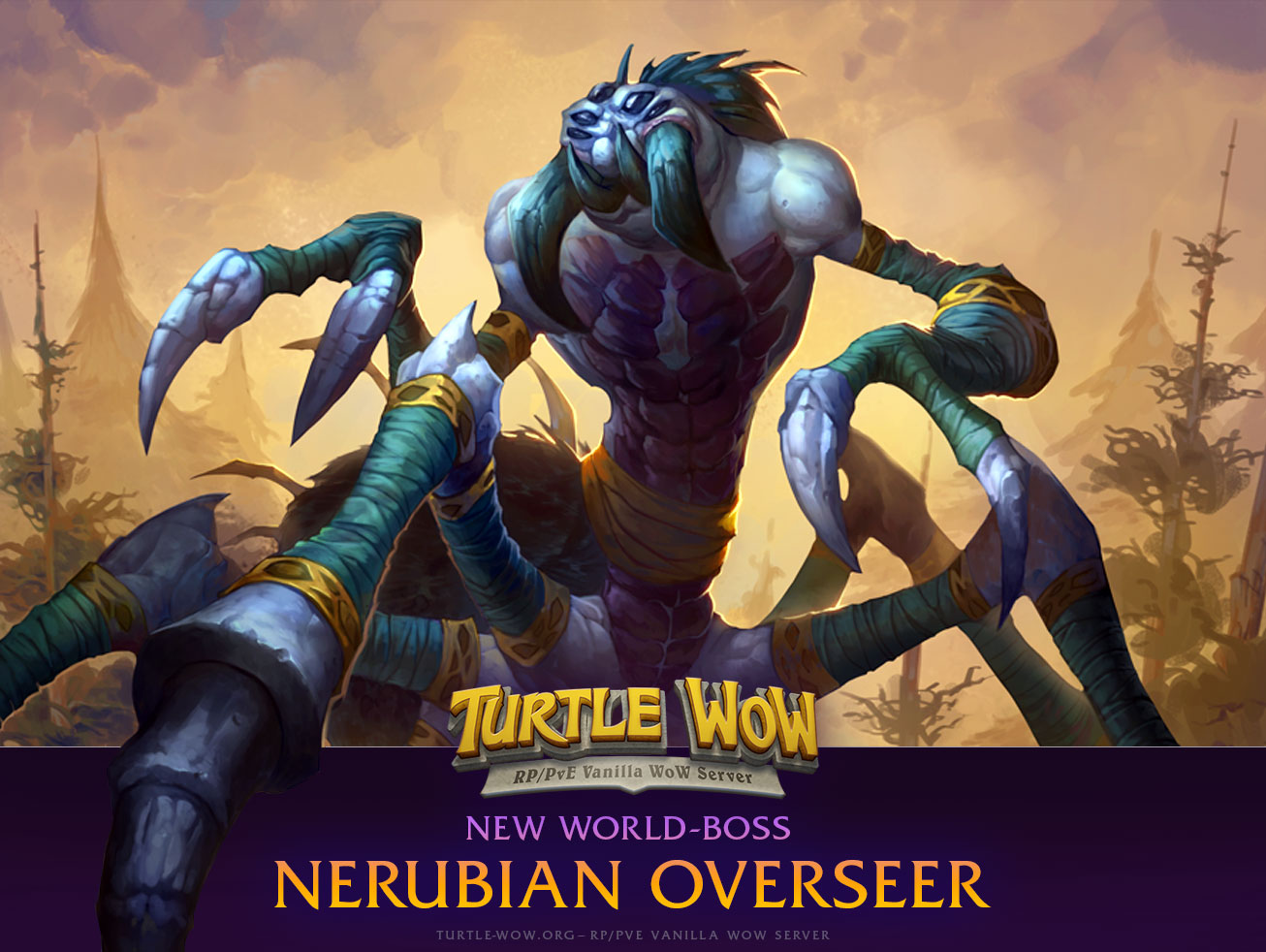 Stratholme. Death and destruction in the city. No better it’s outskirts.

Terrordale. Small town, almost a village. It wouldn’t be important unless provided a very vital supply point in a chain of transportation across the mountainous ridge over the edge of the Eastern nowadays Plaguelands. Infested by the plague, no living is present there.

What’s more scary is that now the only link to the Western part of these lands are now under control of the Undead Scourge. Crypt fiends and horrors occupied the tunnel now known as Terrorweb. But they aren’t the only manifestation of the terror in these parts. Not until you face the Nerubian Overseer!

Mighty nerubian terrorweb weaver grown oversize and became a higher ranked Overseer ain’t for nothing. His death is a very welcoming event for the knights of the Argent Dawn, no doubt.

If you are foolish enough to start the hunt for his carapace just remember that he alone commands crowds of nerubians all over the Terrordale!

Here’s a small teaser of some of the loot (still not final): 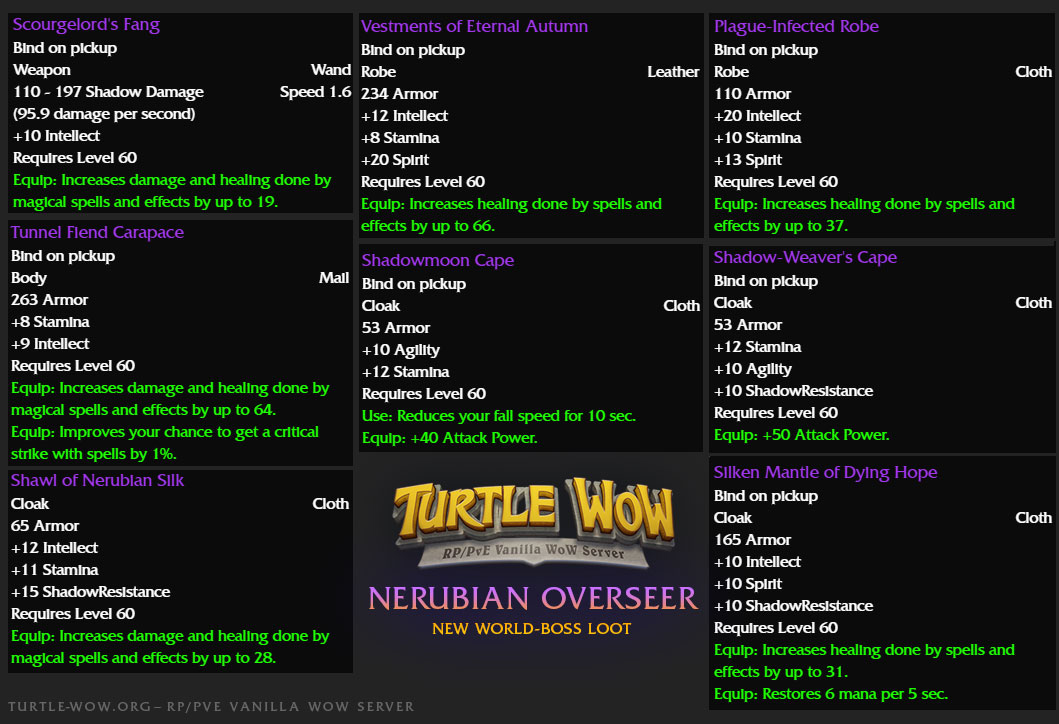 Starting May 20th, you will be able to challenge a new world boss: Nerubian Overseer.

Speak to a group of survivors on the entrance of Eastern Plaguelands and learn about the new menace cursing those lands.