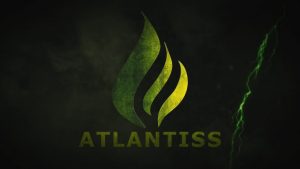 With WoW Classic on the horizon, some players have understandably been wondering what future awaits our realm.

We want to assure everyone that Netherwing is not going anywhere. With two major content patches still ahead of us, we want to continue to deliver on our mission to provide a great TBC experience. Additionally, as we stated at the beginning of the project, our goal is to progress to Wrath of the Lich King (and then much later to Cataclysm) once our work on this expansion has been completed to satisfaction. This will fulfill our goal to allow everyone to experience a great adventure across multiple expansions with the same characters.

As always, we want to attract and invite new players to join our realm. However, the current server progression and blizzlike leveling rates are becoming increasingly large deterrants to new players. With this in mind, we want to announce that Netherwing is switching to x2 experience rates, starting from the first of August (01.08.2019). Additionally, those who want to get into action faster (and are REALLY tired of leveling through vanilla) will have an option to acquire a 3x experience rate for a specified duration by supporting the server with a few Atlantiss Points. While the 2x bonus will span the entire leveling journey from 1-70, this time-bound 3x bonus will only work up to level 58. Those who wish to still level at blizzlike leveling rates will have an option to toggle x1 with an in-game command.

We believe that this change is the right decision going forward and that it should turn out to be a net positive for everyone, new players and endgame raiders alike. With the majority of the playerbase already being level 70 and progressing through Tiers 5 and 6, we feel that the leveling changes will not provide an impactful, unfair advantage, but instead allow newcomers to enter into the endgame scene more quickly, increasing the pool of players you can play with at max level. As has been the case during our previous experience events, players who prefer to level at normal rates will be able to toggle them at any point using an in-game command.

Major updates to the game

When it comes to current affairs and what’s currently going on behind the scenes, we also have a number of updates to share. We recently pushed a major update for the handling of some movement packets, which allowed us to improve our server-side anticheat, eliminate some client freezes and lay the groundwork for some of the things we want to implement in the future. We also have introduced more tools to combat scammers, gold sellers/buyers and other abusers. In regards to our current development pipeline, we have started working on Zul’Aman and will keep you posted about testing later in August. Additionally, we are working on a major loot system rework to properly eliminate some issues the players have encountered. Remaking it from scratch will take some time, but we want to make sure everything is working as intended.

Patch 2.2 does not have a lot of new content, but it does have some changes players are looking forward to, so we want to officially announce that it will go live on 14.08.2019.

At the end of last Arena Season, we said we wanted to have a tournament decide Gladiator titles for the next one and our current plan is to do it around early September and you can read more about it on the forums: https://forum.atlantiss.eu/netherwing/topic/2149-arena-season-2-gladiator-tournament/.

As an ongoing effort to provide a top quality experience for everyone, we continue to look for dedicated players who will help us with moderating our realm. If you’d like to be a part of the team and experience World of Warcraft emulation from behind the scenes, now is the opportunity to join. Interested applicants can fill out the following form: http://bit.ly/GameMasterRecruitment.

We believe that all of these changes will be beneficial to the server and we hope that the players will understand why we are making them. We are looking forward to reading your thoughts in the survey.