The Future of Light’s Hope 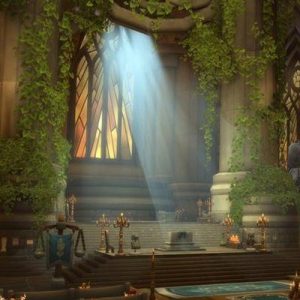 In light of Blizzard’s announcement of Classic launching in summer 2019, we’d like to make a brief statement regarding Northdale’s timeline and the future of the project as a whole.

As stated in our original response to the official announcement of Classic, we intend to speed Northdale’s timeline up to ensure that players have the opportunity to experience all content before the launch of Classic. We’re currently operating under the assumption that the release date will be later in the summer (around August) rather than sooner and we’re looking at the option of releasing Naxxramas around mid-May. If Classic were to launch in June, we’d likely have to release Naxxramas in April, meaning five major content patches in as many months – simply too rushed to give a reasonable number of guilds the opportunity to progress through it all at a reasonable pace.

A May release also gives us the opportunity to postpone content if Blizzard were to announce any delays to the project. Having said that, this is still preliminary and we’ll publish a revised timeline in the coming days. Feedback from the community is welcome. The other two major points addressed in our original announcement were about the future of the project as a whole, and the future of your characters. Although we originally stated that the project would only close if Blizzard’s vision of Classic lived up to the community’s expectations, the administration has decided that we will cease operation when the time comes regardless of the experience Classic delivers. This is not a capitulation to Blizzard but a reflection of a change in staff sentiment and responsibilities over the last year.

It’s no secret that some longstanding members of the project, both leadership and senior staff, have retired or taken a back seat in recent months. Light’s Hope has always been a labour of love, but one that’s taken a toll on those closest to its operations. We have all volunteered countless hours to deliver the best Vanilla (“Classic”) experience that we can, and as adults with lives ourselves, this means we’ve had to make sacrifices along the way. At some point something must give, and Classic is that point for us. As such, the remaining members of the leadership team have decided that they will retire from the project once Classic launches.

Rather than risk handing the project over to new and unproven owners, we are firm that we will be the ones to turn the lights off. As leaders, players, and lovers of Vanilla ourselves, we believe this is the best course of action for the project, the staff, and the community we have garnered over the span of four separate realms. To that end, as originally promised, players will be able to export their character data from the server. This will allow them to transfer their progress to another project should that project allow it. This will be done by cryptographically signing the character exports, ensuring the integrity and validity of the data. We’ll have more details on the exact protocols and formatting when the time comes.

Please note, this is not something that will happen immediately – we fully intend to keep the servers online and running until the launch of Classic, and we will continue to support the realms until then.

If you have any questions or feedback, we’ll be happy to take it on board.