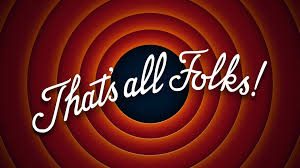 Hello everyone, or who is left out of the sum of everyone

It is sad to say but the time for this project seems to have come to an end.
Gamer-District has been my beautiful, interesting, challenging, arrogant and developing child for the last almost 9 years.
I believe I already wrote the history of the 7x on a topic somewhere on the forums, so there is not much to add. I have been passionate about giving back to the players an experience I only dreamed about during the times of WoWScape, and I (together with an exceptional team of people and friends) hope/believe I/we did.
I also believe that the very reason why in the end it all concluded, is simply because of my old and stubborn vision. Too much focus on quality, compared with communication, advertising and giving a certain amount of freedom to players led to an alienation that concluded to their boredom/lack of trust which helped speed up the whole downfall process. The game is indeed not getting any younger and some more stuff should have been done to help preserve the 7x realm a bit more.

Now to dive into Echoes.
With the downfall of the 7x realm, which nose dived around last year during spring, an action was needed to try to attract new players. A lot of ideas where discussed from both forum suggestions and very heated discussions in the staff on how to attempt to keep interest high for players. In the end, it was concluded that the only way to think for the future was to release a new realm, which seemed a great idea with 1x rates (despite staff members being very vocal that 1x will most likely not stick).
I have to admit we might have been biased both internally (some staff members) and externally (reddit) on the rate decision, and probably a chaotic discussion led to the Frankenstein which was the patch progression and RDF exclusion.
Launch day pop was a bit lower than expected, it was expected around 4k – 5k players but we barely scratched the 3k ceiling, the server was ready for over 10k connections with a huge amount of optimizations delivered by our talented head developer and the powerful servers being deployed.
Confident with the high number (double from 7x peaks the year prior) we kept on with the original plan (despite some very vocal staff member stating that the population is taking a bigger nose dive than it should).
A few days of RF races, Naxxramas happened with very low advertising (I won’t explain again why I cannot do it since everyone at this point should know I cannot due to legal reasons) and with little to no interest by the community in any the developing team worked on to make it exceptional (I say exceptional only based on what I and the devs worked on, not on what probably we didn’t achieve in terms of quality, even if we aimed to the top). The whole idea around Naxxramas was to not make it hard and get everyone ready for Ulduar.
When Naxxramas hit, we had only half of the population and within a few weeks the population dropped even further due to the raid being too easy (it was stated that Naxxramas will not get any major increase in difficulty or will be kept mostly Blizzlike, the whole idea of the realm was to give an authentic Blizzlike experience or close to it).
A few polls, surveys etc. later we decided to promote 2x weekends as the 1x idea did start to prove to be the wrong approach, which gave a considerable boost to the server population before Ulduar.
I can’t remember how many fixes were pushed (both in the public changelog and one in the dev changelog, remember, a lot of fixes are not published due to the sensitive nature of the fixes), but around 400 fixes were pushed for Ulduar pre-launch without taking in consideration the sum of fixes done during the 7x main era.
Multiple guild dramas, bad decisions overall and the ongoing opening of FRESHer servers led to another big chunk of people leaving.

For the last 6 years, I have been closing payments around March/April as soon as there were enough funds to sustain server yearly rents. Today is the third month in a row where I have to pay out of my own pocket (aprox. 600€) and both servers are running without anyone actually playing, thus not being sustainable.
Both realms will close next month on the 14th of May. Forums will be kept up, as we would like to keep the bug tracker available.

Now a tl;dr around what happened to the 7x/Echoes and the possible/major suggestions given

7x:
– Almost 10 years of the same content does not bring players back
– Community eventually getting bored
– The more a server runs, the more dislike you will get from ex-players, this is a given
– Flipping the server around will not bring players back as the content is fully progressed (hence the idea of Echoes)
– ICC values being fixed to blizzlike ones were delivered too fast (this is my fault entirely for not communicating this to the community better)
– Launching a newer expansion is a good idea on paper but players generally do not like Cataclysm (it is a good expansion overall, but due a lot of changes at the games core, talents, revamped original world and other reasons make players feel very uncomfortable approaching something out of their comfort zone)
– The same amount of quality cannot be guaranteed for newer expansions and as said above, players might feel alienated when taken out of the comfort zone, which is normal
– All suggestions regarding the 7x improvements were read and discussed on staff grounds, but they have to be practical, something like releasing a Legion server is in theory doable but the amount of work for it is extreme, suggestions have to be easy to deploy, what I am trying to say is that we would love a Legion realm, but think about the work that has to be put to its content and all the content before it

* 7x, as much we all love and care for it (even though its an object and some data), it is simply too old to properly sustain anymore. When a realm is ran for almost 10 years, the amount of what you can do/achieve dwindles with every year that passes. Ideas come and go but with a realm with such an age, any suggestion is just a small (positive) patch but will prove ineffective in a very short amount of time. The only feasaìible solution here is to either wipe the realm and start over or release a newer expansion (but this too can prove to be a downfall if some expections are not met by the community, which are these expectations I cannot say since it varies).

Echoes:
– Lack of vision from my side (despite it being pointed out by a very small group of staff members) on what changes had to be made
– Paying more attention to feedback (again, my fault)
– Blizzlike idea should have not been kept in such a rigid manner
– 1x is not a good idea for content that has already been played over and over again
– No double XP weekend ideas or certain events like the ones presented later on in the life cycle of Echoes
– Some QoL changes were more harmful than helpful (mechanics, items and so on)
– Better communication with the community was needed
– Being bashed/accused etc. left and right by other projects and not having a firmer riposte against this
– Higher up staff members being extremely overworked and locked onto tasks which could have been done by other staff members (as higher rank staff members can deliver fixes, help with more complex situations and so on)
– Better tuning for raids and maybe even dungeons to make it more challenging
– Lack of RDF on launch
– Lack of certain ideas to captivate player attention (XP weekends, certain events, release of beta/unreleased realm first achievements for classes)
– A more firm stance against all trolls and negative disruption type players in-game
– More advertising

* Echoes itself was a good idea for the future. There were some key elements that doomed it from the start. The launch date was in theory good but did not take in consideration other elements (other projects, risk, overall interest for a F R E S H realm), made the launch itself be at a very bad time. Lack of feedback attention, better ideas, experience rates and willingness to adapt and provide a more malleable experience (all of these I take the blame for), led to the early demise of the Echoes realm.

It’s been a wonderful journey, if you have questions, insults, goodbyes, whatever, feel free to reply here or privately. What will the future bring as of the moment is unknown, but I do hope for you that something better than the actual situation. Staff activity will continue as normal (developing).

Edit #1: Forgot to mention, all characters will be backed up.

Is it possible to see all your old characters one last time? 🙂